Timesheets are Your Friend

Timesheets are a digitised record of your life at work. Your own human memory simply isn’t up to it. Timesheets are your online memory booster.

An email one-liner took my fancy the other day. I saved it into Wordpad. Next time I’m giving a speech it will be a harmless easy laugh to relax both me and my audience.

Typing only a few key-strokes and hitting ‘Save’ got me thinking of the difference between us humans, and computers. In a week’s time I won’t recall that one-liner. But I’ll know I have a Wordpad doc full of one-liners that I can use when needed.

That’s the difference between human memory and computer memory. Put it into the computer and it’s there forever. But most things come in and go out of our human memory. Over time, in humans, even big events become hazy or confused. Try reciting that Shakespeare poem you learnt at senior school, or one of the higher ‘times tables’ and it can be embarrassing. Who was at your wedding, when did that girl band break up, how many times have the All Blacks won the Rugby World Cup J. Even great memories fade away.

As they do, humans fill in the gaps about what happened, often subconsciously, convinced it’s the absolute truth. It’s called confabulation. Fabulous!

In fact, memories not only fade. Most are fleeting and don’t get properly ‘saved’ at all. Countless car accidents caught on CCTV show that neither witnesses nor those involved can correctly recall what happened. That’s why the police write everything down. They won’t recall what was said nor what they saw either, after the fact. They know to write it down ASAP. Their notebook is their friend. It helps them do their job.

At work, businesses have timesheets for the same reason. Timesheets are your friend. They help you do your job.

In businesses where timesheets are required, it isn’t management’s way of keeping everyone in control. It isn’t because others don’t trust you. And it isn’t because ‘people have always done it this way’. Because they haven’t.

Before computers people used to have diaries at work to help them do their job. By writing everything down they had a record of what they’d been told, or seen or heard or done. No memory fade, no ‘filling in the gaps’. They could then forget it. All they needed to know was that it was there next time they needed it.

That’s what timesheets are all about. They’re the new diary. Nothing else. They help everyone in the business do their job.

The business needs to know the facts. Because every client contact is important, the business needs to know when that client was last in contact. What was it about and what was done, how long was that meeting or phone call. The business also needs to know about your time proposing for that possible new job. And of course, the reason we all go to work is to make money. So the business needs to know how much can be invoiced this month to cover your wages and everything else. The invoice seldom matches the time worked. But the reconciliation of the two metrics is a KPI of business performance, especially in professional services businesses. Sitting at the beginning of the week trying to remember what you did last week is a joke. Nobody’s memory is that good. You’ll forget that birthday morning tea, that half hour talk with the boss, and that you were called in to help solve another team’s problem or that there was a fire drill. Forgotten time will either be dumped on some unsuspecting client and their job, thus distorting the truth about the internal costs and recovered value on that job, or it’ll be buried in admin or somewhere else making you look less productive than you really are. 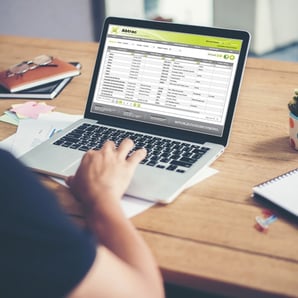 You also need to know things. You want to know how many hours you have to go for your professional registration. You want to know you can confidently show someone you have a proper record of what was said on the last date and time you met. You want to show your time worked on a particular job and the reasons it ran over budget. This can be handy when quoting on the next job as well as evidence of why there are ‘extras’ on this one. You want to know if you’ve done enough professional development hours this year and what sick leave you’ve taken.

You can only do this if you keep a timesheet. And you can only rely on your timesheet if you record events as soon as possible after they happen, keeping it confabulation-free.

The upside of having good timesheets is you can quickly find anything, or explain anything, and you’ll never need to scramble to put together ‘the facts’, after the fact because it’s there in the computer. And once saved, you can forget it and move on, knowing it’ll be there next time it’s needed.

At Abtrac we love timesheets. They are definitely our friends. And we understand why they can be important in your business too.

Contact us any time to discuss what we can do to help you with your Time Recording, Project Management and Invoicing Software. We’ll be pleased to respond.

Ed is the CEO and Founder of Abtrac. He’s passionate about helping professional service businesses streamline their processes and achieve a stronger bottom line.

5 Reasons why it's time to replace your Excel timesheet

We are halfway through the year 2022 and people still are using Excel timesheets!

Engineering project management software your business can't do without

Why do we say Abtrac is the package to manage your professional engineering business?

How often should I run a backup?

Have you ever had a panic phone call from a friend or college saying that their computer has died...